What’s your story, how did you get to Partridge?

I graduated from University in the summer of 2005 with a degree in Design.  The post of graphic designer became available and I went for the interview, albeit, not my best performance but I got the job. 12 years later and I am still part of the Partridge family@

What is your role?

My role is that of Lead Designer. I am in charge of the busy design dept and manage all the web based profiles and social media updates and blog posts. It is a very busy job but I love it.

What is your favourite Partridge product?

I have to say that I love the Power Banks and Bluetooth Speakers. Anything that connects to my phone while on the move is great.

What do you like to do outside of work?

I like to run when I get the chance. So far I have completed 2 half marathons. I hope to do another one.

We all love a good trophy.  Again, this year we have produced and supplied the clear glass awards for a very successful local film festival – Disappear Here Film Festival Ballyliffin. There were 10 awards in total. Very stylish clear glass wards with 2 spot colour print. Each award was personalised with the award categories.

Each year the County Donegal festival showcases all the best in local talent and also includes filmmakers and actors from Spain, Italy and beyond.

Below is a full rundown of all the awards on the night. We have also included some photos from the night.

The awards draw in a great following and also include many great film screening and Q&As with panels of filmmakers, their cast and crew on all the different aspects of making films in Ireland. 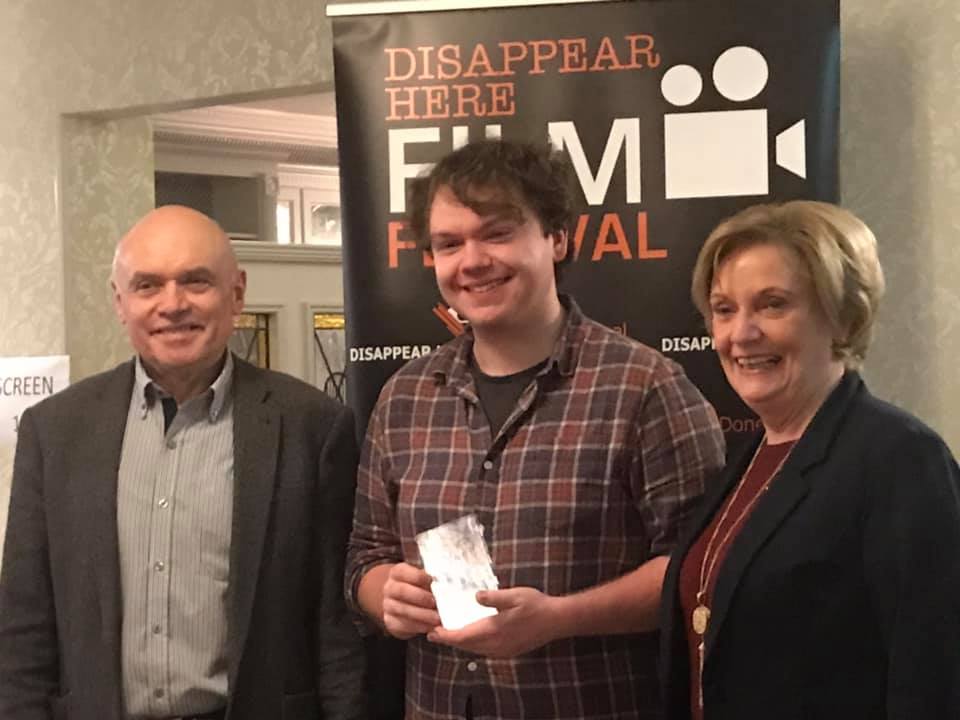